Help our partners prepare for the future this Easter! 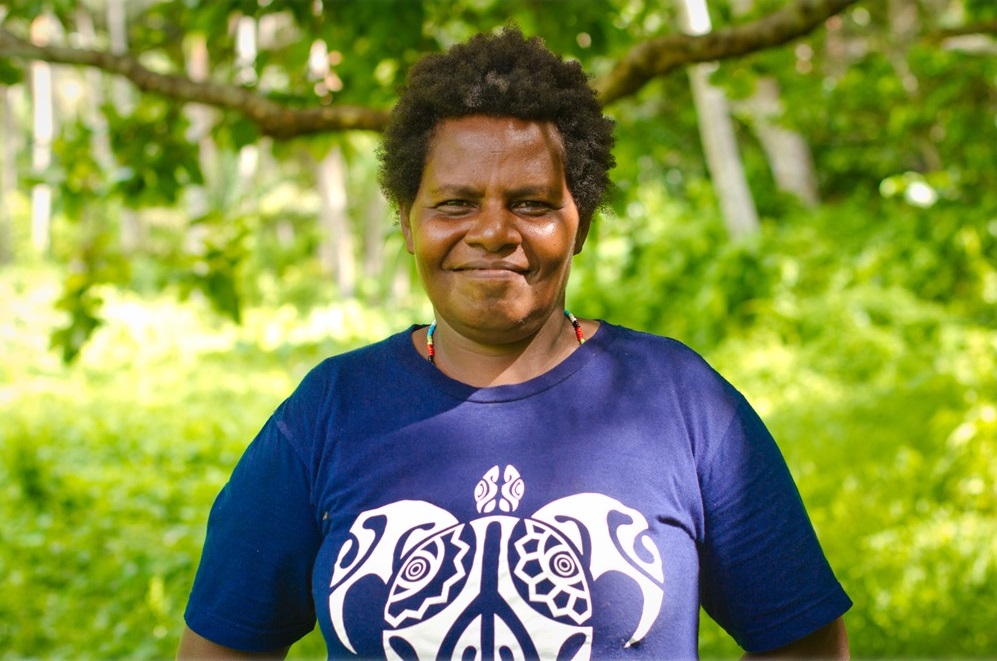 Meet Claudia. She lives on the island of Maewo in Vanuatu, with four of her six children.

As an Anglican with a strong Christian faith, Claudia is familiar with the story of Joseph interpreting Pharaoh’s dreams in Genesis 41. Briefly, the story goes like this:

Pharaoh, the ruler of Egypt, was having some strange dreams which he couldn’t make sense of. When he was unable to find anyone to interpret his dreams, he called on Joseph, who told him that they referred to an imminent period of seven years of abundant crops which were to be followed by seven years of famine. Joseph then advised Pharaoh to prepare for the famine by storing up food in the abundant years so that when the famine came, they would have enough to be safe.

Thankfully, Pharaoh listened to Joseph, and Egypt had enough to live on during the years of famine. Despite seeing himself as a god, even Pharaoh trusted what Joseph told him about the dreams.

What does this story tell us about God? And what does it have to do with Claudia’s life today?

After all, Claudia’s life is a struggle.

In 2015, when Tropical Cyclone Pam devastated Vanuatu, 100 percent of the crops in Claudia’s part of the country were destroyed.

If that wasn’t enough, Cyclone Pam was quickly followed by the El Nino drought, which meant that attempts to re-plant crops failed. Then, Claudia’s community had to endure an earthquake and a volcanic eruption.
That was three years ago.

Last year, Vanuatu was hit by another cyclone. This time it was Tropical Cyclone Donna. It was the largest cyclone ever for that time of year in the Southern Hemisphere. Then in September, the whole population of Ambae Island, next to where Claudia lives, was forced to evacuate because of the threatened imminent eruption of the Manaro volcano.

This is the reality of life for Claudia. And we don’t believe it is God’s will for her life.

We believe God wants people like Claudia to experience safety, wellbeing and peace of mind.

Please donate to our Easter Appeal today to help communities prepare for the future. 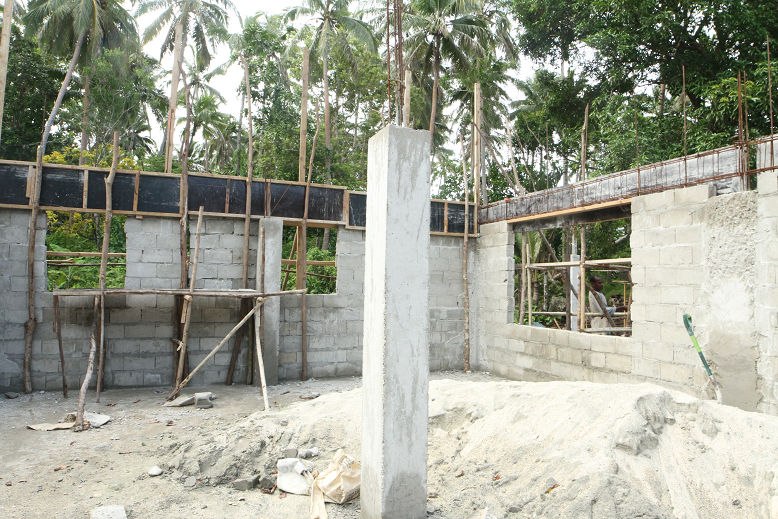 Evacuation centres like this are being built to shelter people when extreme weather hits.

We believe God wants people like Claudia to have all the opportunities in life that we have. Please donate today to our Easter Appeal.

Just like in our Bible story, you can help people like Claudia prepare for future extreme events so that they don’t devastate her community.

That’s why it is so important to prepare so that these extreme events don’t become tragedies. This sort of preparation has the twin effect of keeping people safe and saving money. Even the most conservative estimates suggest that $1 invested into preparation like this saves up to $15 in response and recovery costs following a disaster.

Here in Australia, many of us know a lot about preparing for extreme events. When we prepare for bushfires, we don’t know what the effects will be but we have a fire safety plan. We are told to act on the advice given to us by certain authorities.

Helping people to prepare to act on this sort of advice is what is happening in Vanuatu. Our partner, the Anglican Church of Melanesia (ACOM), is working to connect communities with messages of safety that are produced by the government. ACOM is also conducting training for communities on consulting with government to make sure that messages are accurate.

All of these activities help keep people safe when disaster strikes.

Please send your donation today so that people like Claudia can feel safe the next time an extreme event hits.

Through joining with our partners, we are working with local communities in the Pacific to help them build resilience.

Please donate today to help Claudia and her community.

Thank you in anticipation of your support. It really is very much appreciated.

To donate to our Preparing for the Future 2018 Easter Appeal, please click on the ‘Please Donate’ button below (choose ‘Easter Appeal Online’ from the ‘Donation’ drop-down menu) or call us on 1800 249 880.

Alternatively, you can send a cheque/money order made payable to Anglican Overseas Aid to: